Sacred Power Places – The Seven Most Powerful Places on Earth

Ever visited a house and somehow ‘knew’ the place wasn’t right, only to discover something appalling had happened there once? Or a sacred site and got a tingling on the crown of your head? Last time you were by the ocean, or up a mountain how did you feel? Alternatively has your mood lifted inexplicably in the presence of someone – not because you fancy them but because they radiate a certain something? The prickles on the back of your neck when someone is watching you is another weird occurrence hard to explain away. So we’re all affected by energy – whether it’s a mood swing during an electrical storm, disquiet before an earthquake or even a sense of depression when someone around us is feeling seriously ‘blue’.

If you’ve experienced any of the above it’s hard to ignore the idea that something subtly tangible happens to our energy depending on where we are, who we’re with and what’s going on around us.

So it may not be such a stretch of the imagination to think that ‘chakra’s’, the seven spirals of energy related to certain emotional patterns and corresponding parts of our body have some credence. What if the heart chakra is really related to affairs of the heart and the throat chakra to communication? Have you ever come down with a chest infection and lost your voice when someone close to you hasn’t supported you, leaving you feeling let down and unheard?

If this sounds like it’s a plausible possibility, perhaps the idea of power places around the world is not such a crazy idea either. And how about like us with our seven chakras the Earth has her own seven chakras? If she did in fact have seven main vortices of energy they’d be massive compared to ours and they’d be impactful.

So we did a little research and discovered that many people believe the Earth has her own chakra system and its similar to ours. But as our beautiful blue planet is a sphere (unlike most of us) where are they located? Most people agree on which chakra is which but there are some discrepancies so we’ve included all we could find.

I wonder what we’d experience if we sat with our root chakras, (which are connected to our sense of safety and stability including the financial aspects of our life) firmly on the root chakra of the planet? Or if we sat on the Earths heart chakra and imagined connecting our heart to hers – would we feel a deeper sense of connection to our ‘Mother’? Perhaps sitting high up on the Crown Chakra would indeed open up our sense of divinity and connection to a higher presence.

Below we have the list of the seven most powerful places on the planet – all of which are considered sacred by the indigenous people in the area. If you’re coming on the next Peru Odyssey tour with Outer Travels Inner Journeys we’ll be visiting the 2nd Chakra so we can experience this power point firsthand!
On the Himalayan Odyssey tour we wind our way through the mountains to make our way to the River Ganges in Rishikesh, the 4th Chakra, so you can bathe in the energy yourself! 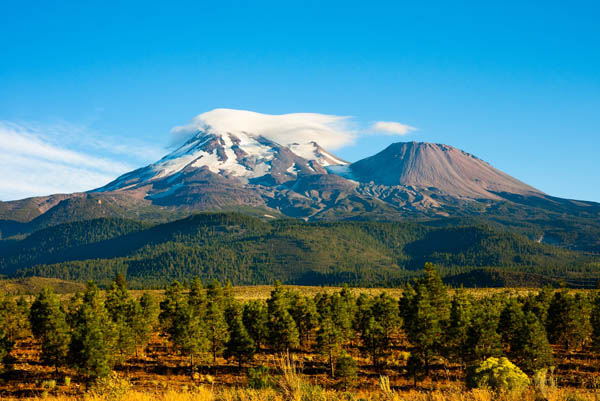 Mount Shasta, in Northern California, is the second highest peak in the Cascades and the fifth highest in California. This potentially active volcano which last erupted in 1786, is considered a holy mountain by the Native Americans and thought to be one of the first earthly places created by Great Spirit. Poet Joaquin Miller describes it, ’Lonely as God, and white as a winter moon’. 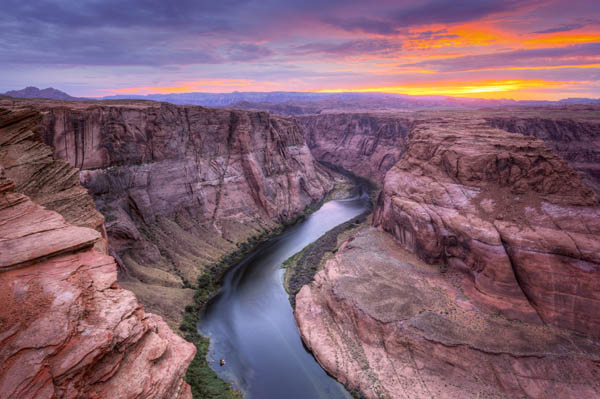 The Grand Canyon in Arizona, was carved by the Colorado River possibly more than 17 million years ago, although of course the river continues to carve it even deeper. It is 277 miles long, up to 18 miles wide and in places reaches a mile in depth. The steep walls reveal nearly 2 billion years of the Earths geological history. Not surprising that this site is also considered holy, sacred and a place for pilgrimage. 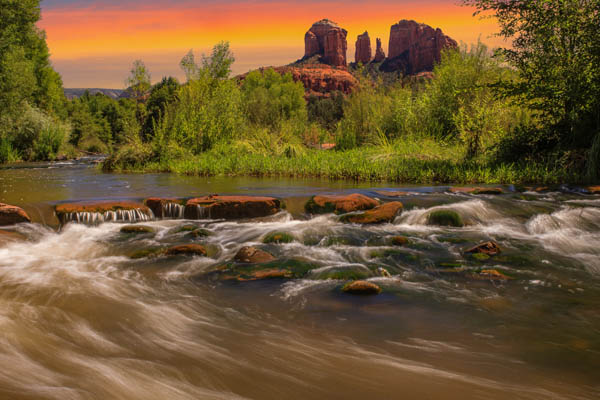 Sedona is also in Arizona about 100 miles south of the Grand Canyon, surrounded by 1.8 million acres of national forest and extraordinary red sandstone rock. It is considered to be The Most Beautiful Place on the Planet. With a wealth of outdoor activities as well as alternative therapies of every persuasion Sedona is a magnet for tourists and seekers alike.

Lake Titicaca is the place the god Viracocha came out of to make the sun, the stars and the first people. It is the largest lake in South America at 120 miles long and 50 miles at its widest and is situated between Peru and Bolivia. It’s also the highest navigable body of water in the world. According to Incan mythology their first king, Manco Capac, was born there. 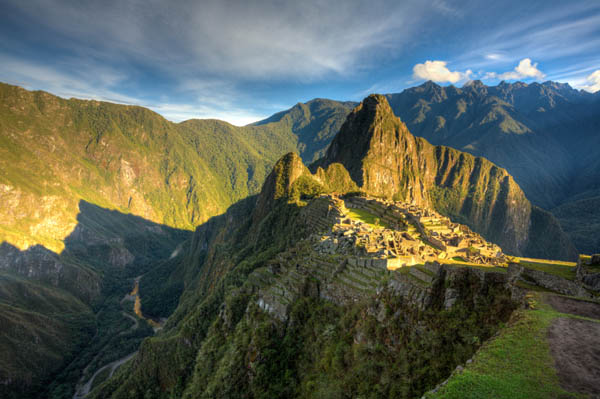 Machu Picchu perched almost 8000 feet above sea level is an enigmatic spot. According to current mainstream history it is The Lost City of the Incas built in the 15th century. The feat to build this city at such altitude defies logic. Situated not far from Cusco with the Urubamba river snaking below, it’s eyrie like position offers unrivalled views across the Andean landscape. 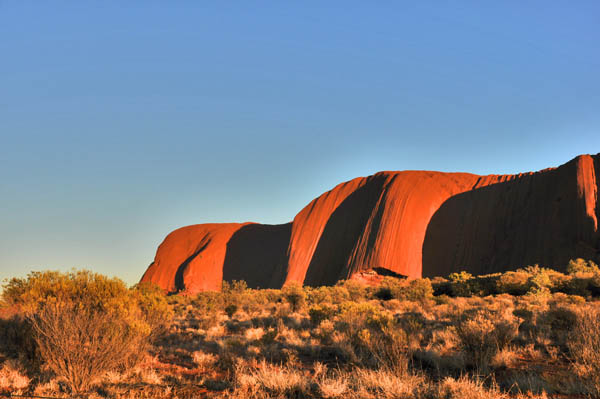 Uluru, a huge sandstone rock 2.2 miles long by 1.2 miles wide, stands 1141 feet proud of the surrounding flat landscape. Now known by it’s original Aboriginal name, Uluru conveys far more of it’s powerful presence than when it was called Ayers Rock. This is the spiritual heart of Australia, a beacon towering over the land with awe-inspiring and ancient rock paintings. 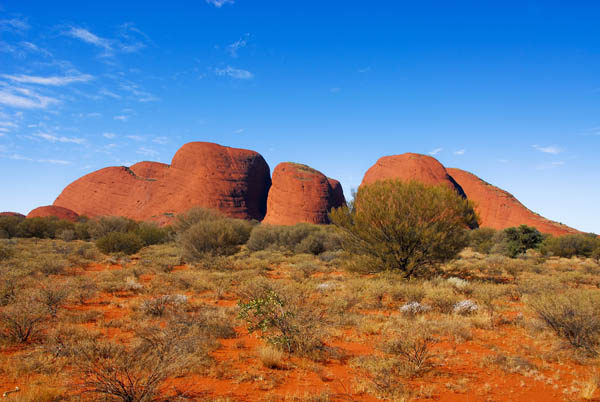 Kata Tjuta is a series of 38 sacred rock domes situated 16 miles from Uluru in the same National Park. Together they form part of the traditional belief system of one of the oldest human societies on the planet and are considered to be 500 million years old. 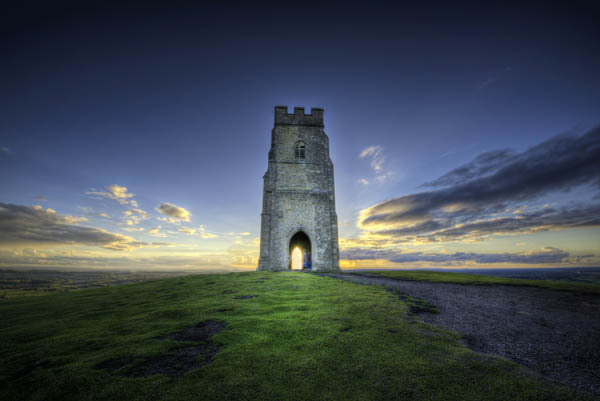 Glastonbury, a small market town in Somerset, is dominated by its famous tor, on top of which stands the roofless St Michaels Tower. Hosting one of the most well-known musical festivals each year Glastonbury is also known for its spirituality and as a New Age Centre. The tor itself is home to Gwyn Ap Nudd, King of the Fairies. It also lays claim to being the Avalon of King Arthur.

Shaftesbury in Dorset, is an ancient hill top town with its iconic cobbled road plunging down the steep and beautiful Golden Hill. It was founded in 880 by Alfred the Great, and King Canute’s heart was buried there. A powerful point on the planet with its profound connection to Glastonbury. 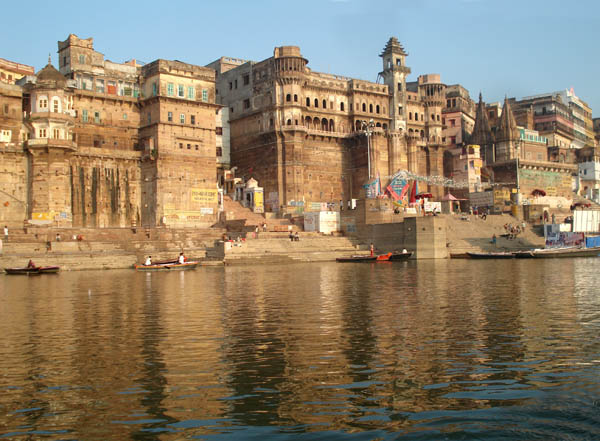 The Ganges River begins life at the Gangotri Glacier in India and travels 1500 miles to pour its heart out to sea at the Ganges Delta in the Bay of Bengal. Named after the Hindu Goddess Ganga and regarded as the heart of Indian culture, tradition and living, she is also revered as a mother and a goddess. According to mythology the Ganges descended to Earth to make the land pious and fertile as well as to wash away the sins of humanity.

Visit the River Ganges on our Himalayan Odyssey tour 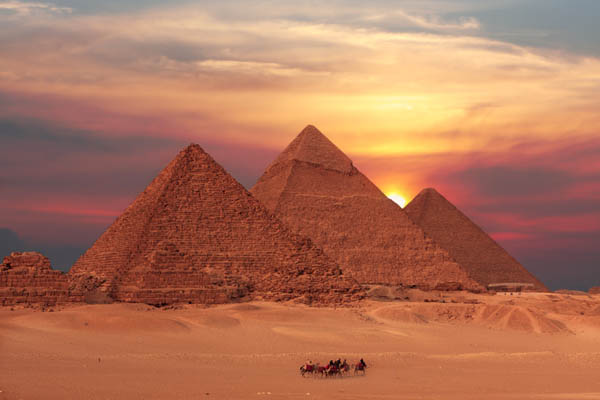 The Great Pyramid of Giza still keeps its secrets close to its heart as no-one, even with our current technological brilliance can work out how it was built, with its precise alignment to the four directions and the precision of each rock. It is made out of almost 2 and a 1/2 million limestone blocks which weight 2 and a 1/2 tons apiece. Mainstream Egyptology tells us it was built by Khufu 2 and 1/2 thousand years BC but there is much work to show it could have been built 10,000 years ago. The jury is out.

Mount Sinai, found on the Sinai Peninsula, is the possible mountain where Moses was given the 10 commandments by God, although there is no archeological confirmation of this. If it is the place then it is also where the Arc of the Covenant came in to being, the site of the Burning Bush and many other Biblical occurrences. The climb to its 7500 foot peak is well worth the effort as the view is astonishing. 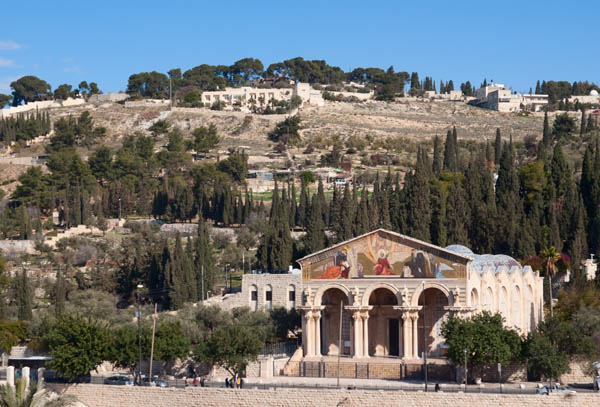 Mount of Olives, a 2600 foot peak set on a ridge on the east of Jerusalem was once covered in olive groves. King David fled over it to escape his rebellious son, King Solomon built pagan temples there after he turned away from God and Jesus went there to rest and pray. 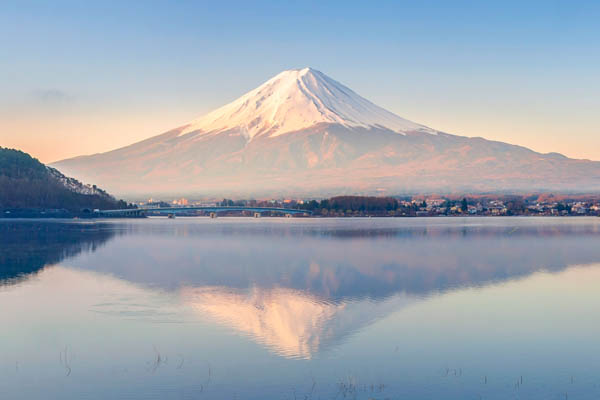 Mount Fuji, the highest mountain in Japan rises over 12,000 feet above Honshu Island, just over 60 miles from Tokyo. An active volcano it last erupted in 1707, although apparently it’s under a lot of pressure due to the 2011 earthquake not far away. It is the holiest of Japan’s ‘Three Holy Mountains’ , is named for the Buddhist fire goddess Fuchi, and the shrine on the summit is sacred to the Shinto goddess Sengen-Sama.

Kuh-e Malek Siah, a 4600 feet high mountain is located in the Tri-point area of Iran, Afghanistan and Pakistan in the land of the Baluchi people. It’s hard to find any other information apart from the idea that it could denote the 6th chakra of the planet.

Apparently the 6th Chakra moves 1/12th of the way around the planet each time there is a 2160 year shift (called an Aeon) which is connected to the precession of the equinoxes. At this time in our history it conjuncts with the Heart Chakra in England. 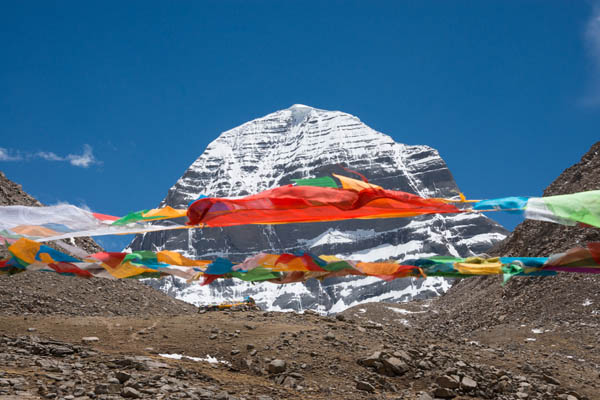 Mount Kailash at 22,000 feet high is in the Himalayan mountains in Tibet and considered the home of Shiva. It is close by two sacred lakes and the sources of four major rivers. It’s south face has a distinctive gash across it which looks like a swastika, but in that part of the world it’s symbolic of good luck. According to the mythology if you walk as a pilgrim to Mount Kailash your sins will be washed away.

Have you ever experienced something inexplicable that you think could be linked to the energy of a place? Whether that’s a sacred site, a deserted beach, an unusual tree or even someone’s home – we’d love to hear about it. Please leave a comment below

Here are those links to our Peru Odyssey & Himalayan Odyssey tours again, if you want to get really close to these energy centers with a group of like minded souls – who knows what revelations await you!