The White Lions of Timbavati are under threat of extinction. Thanks to conservationists like Linda Tucker, founder of the Global White Lion Trust, they are being protected and bred in their natural habitat at a special reserve near the Kruger. Gina Baksa relates her own up-close encounter with the magical star lions…

Like a lover’s caress, the rhythmic pulse of South Africa is intoxicating. Once under your skin, her visceral warmth, energy and wildness remains forever in your senses and your heart.

My first visit to the country was earlier this year and I still feel her heartbeat. A life-changing inner and outer journey that took me to Johannesburg and the Kruger National Park, via the White Lions of Timbavati to the breath-taking scenery in and around Cape Town and along the Cape Coast. 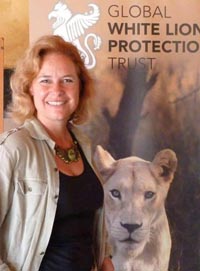 Linda Tucker as Keeper of the White Lions

The view from Table Mountain, diving with sharks, glamping at Ngala reserve, the Avatar-like scenery at Kirstenbosch Botanical Gardens and a moving visit to Robben Island – all were outstanding. Yet the absolute highlight was a 3-day visit to Tsau! – home of the sacred White Lions of Timbavati and headquarters of the Global White Lion Trust founded by conservationist Linda Tucker.

The Timbavati region lies in the Mpumalanga province of South Africa – an hour’s flight east of Johannesburg – and borders the immense Kruger National Park. Located on the fabled Nilotic meridian (line of First Time and river of gold) and so linked to the Giza Pyramids and other sacred sites in Africa, this region bestows a powerful transformative energy to all who visit her.

The white lions originate from this magical land and are regarded as sacred throughout Africa, especially for the local Shangaan people of the Timbavati who believe these majestic beings have been sent by God to protect humanity at a time of crisis on Earth. They consider the white lions to be Star Lions – messengers from the Sirius constellation. In fact, the word ‘Timbavati’ means ‘falling down of a star’ in Zulu – these beings truly are interstellar in origin.

Today, there are less than 13 white lions in their original habitat, but countless numbers have been bred across the world, mostly for petting zoos and circuses, and for the despicable canned hunting industry. And despite enormous international pressure, they are still not protected by national or international law.

After a life-changing encounter with a pride of lions in the bush – where she and her party were rescued at night by sangoma (medicine woman) Maria Khosa – Linda went back to her advertising world, but was compelled to return to Africa a few years later, determined to track down the woman who’d saved her life. Her encounter with Maria, chronicled in her books Mystery of the White Lions and Saving the White Lions led to her being recognised by Maria as ‘Keeper of the White Lions’ and as a result Linda has dedicated her life to saving these incredible beings. Powerful meetings with Zulu shaman Credo Mutwa further amplified her intuition and her knowing that her life’s purpose was to save the white lions from extinction and re-introduce them to the land of their birth – the sacred Timbavati.

Together with her partner and fellow lion ecologist Jason Turner they re-introduced the first white lion to its natural habitat – on their 2500 acres of bushland in Timbavati. Here a pride of white lions live and hunt – protected from poachers and canned hunters.

My 3-day group visit to the Tsau! Conservancy was an incredible adventure in consciousness and a dream made manifest. Seeing the majestic white lions in their natural habitat and in such close proximity was awe inspiring.

Arriving mid-afternoon, our first drive at magical dusk richly rewarded us with an encounter between tawny lioness Tsalu, calling to her friend Cleopatra, who was then living on a neighbouring property. Meeting each other at the fence every day, the lionesses primal need for company overpowering both their natural instincts. For Cleopatra the instinct to stay with her pride and for Tswalu the instinct not to bring another female into the Tsau! family of white lions. Happily the two lionesses were reunited last month, with Cleo now resident at Tsau!

As Tsalu approached our vehicle, my heart leapt into my throat. Majestic, powerful – neither words adequately describe the sheer magnificence of this powerful predator. And the deep love I felt for her as she drew near. Advised not to maintain eye contact for long, I looked into her piercing blue eyes for a second or two, before lowering them, in complete reverence. So much more than a ‘lion’ this star being and her tribe are emphatically from another realm. I felt honoured, exhilarated and incredibly grateful to experience her greatness; her all-seeing, all-knowing presence that she gifted us with. 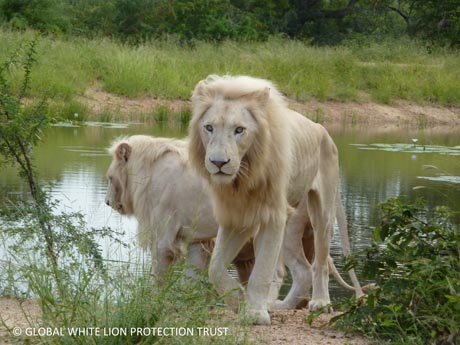 Later, we followed male lion Zukhara along the path as he met his brother Matsieng, rubbing their heads together in greeting. A truly beautiful sight, the lions in this pride are so tactile and loving with each other. Monitered twice a day – they wear radio-tracking collars – signals are picked up by the rangers using GPS. Not only does this make tracking easier, it also safeguards the lions against poachers – an ever-present threat.

Hearing the white lions roar during a rosy-fingered dawn, however, can be a terrifying sound – especially for the first time. It creates a primal urge to run – even when you rationally know you are safe. Most lion’s roars are followed by 15 or so huffs, but the white lions huff around 30 times. Their resonant calls a reminder to allow our own voice and our own truth to come from deep within us.

On the night of the peregrine moon – when the lunar planet comes closest to Earth – we gathered around the intoxicating fire pit, silent with our own thoughts and visions. Sleep was welcome after a long day; dreams deep and vivid. Lions came to me with messages for my present and my future.

We stayed in comfortable rondavels (round houses) and food was delicious and plentiful, shared around a long dinner table open to the camp. 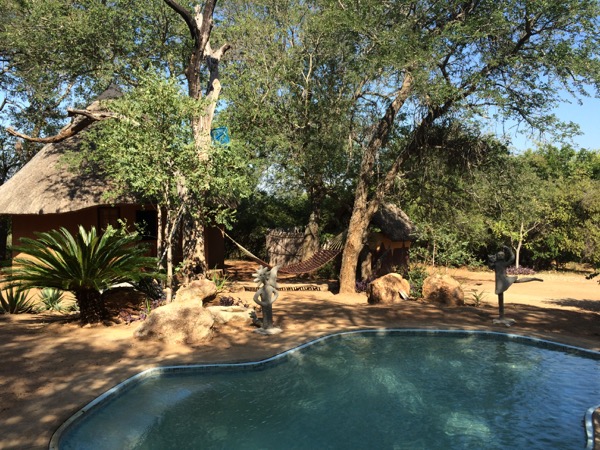 Each dawn morning before the day’s drive, we were greeted by a palpable vibration of sounds and smells; pregnant with possibility. Africa is completely life-affirming. She demands your attention. And she demands you inhabit your body. Fully.

We were blessed to share Camp Unicorn with Archbishop Desmond Tutu’s daughter Mpho Tutu, who accompanied us to an incredible dance performance at a local school, funded by the Global White Lion Trust. Her striking speech: “We are all learners” resounded around the sun-baked schoolyard as the children were acknowledged – as powerful souls in their own right and as potential future leaders. I’ve never experienced such love as those children gave us. We high-fived each other as the music from their songs danced in the almost-dusk air. They have very little according to Western idea of wealth, but their eyes show their souls are rich beyond measure. What fierce leonine pride they showed us of their birthright. Their right to be here. To be seen and heard. 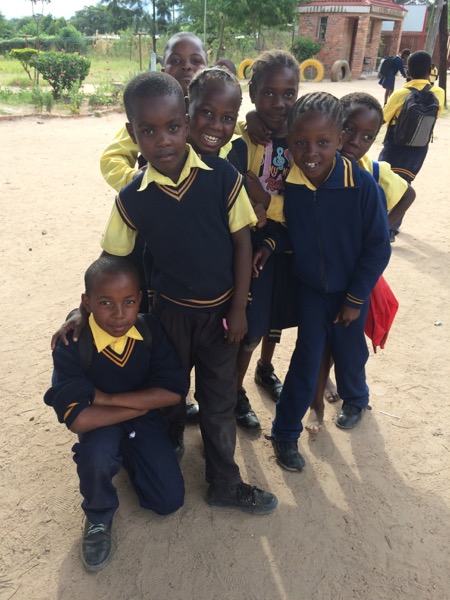 A short drive to nearby Mufanyani cultural centre gave us the chance to join tribal dancers by the roaring fire, eat Mopani worms and have our bones read by Sarah – Maria Khosa’s sister – herself a revered Sangoma. The in and out breath of Africa; the smell of the earth: rich and lustrous, enveloped me in an embrace like no earthly Mother. It was the Mother – our Mother – who held me close during my time in South Africa.

Soft dusk, orange sky oozed across the limitless sky each evening, the roar of the lions a reminder of our past – and perhaps of our future. Africa grounded me. She helped me lovingly inhabit my body again. She helped me reconnect to the source of my power, my being. And she reconnected me to my brothers and sisters from Sirius – the star lions.

A trip to the white lions at Tsau! is life-changing and enchanting. A return to love, your visit will be a profound homecoming. An inner and outer journey re-connecting you to Source, to your Self, and above all to Nature and the country’s spectacular wildlife and landscapes. If you are hearing that call now, go! In the words of the Shangaan: ‘Inkomo Shinene’ – thank you very much South Africa.

Gina Baksa is a writer, shamanic guide and lifestyle coach. She helps clients connect with their intuition, powerfully guiding them to their own North Star and so creating abundance in all areas of their lives.

Call her on 07714 098 486 or email her at gina_baksa@hotmail.com for intuitive readings and information on coaching and cacao-sharing ceremonies.

Inspired to experience South Africa and meet the White Lions? Please check out our tour for June 2016
Waking Your Lionheart South Africa Tour 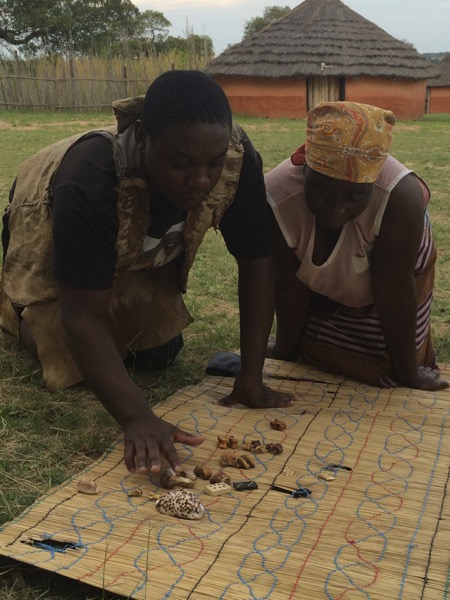 Link to Archbishop Tutu’s prayer for the wild lions. You can hear the lion’s roar and huffs at the very end of the clip.